11 Most Overrated Directors of All Time – Alternate Title: Ben Shapiro Wouldn’t Know Good Filmmaking If His Robot Brain Suddenly Came To Life And Made Him A Real Boy

Shapiro vs. Shapiro – The Deathmatch

Normally, people saying stupid things on the internet just rolls off my back because I have so little energy for fighting with people over things in general. But I haven’t been able to get Ben Shapiro’s “Top 10 Most Overrated Directors of All Time” out of my head due to the sheer magnitude of its inanity. It’s at least an 8.3 on the inanity scale. It’s the kind of inanity that shakes buildings and causes car alarms to go off.

It also causes Mark Steyn, lover of all things Tarantino, to go into convulsions. And that will not do.

So, in order to redeem the surname (we’re both Shapiros… so, just in case you were wondering, yes I AM actually part of the secret Zionist cabal. We meet on Tuesdays. I bring cookies shaped like the blood of the innocent.)… where was I?

OK… in order to redeem the surname, I’ve thrown together a coherent list of the most overrated directors of all time. My goal is to reveal how Ben has managed to cause waves by simply naming a bunch of directors that people like and then blasting them with his ignorance cannon. 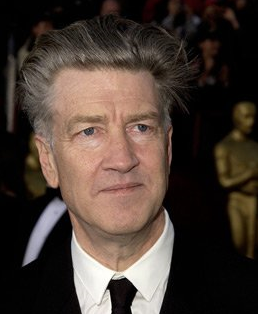 I tried to move David Lynch up the list, but everyone else was so much worse that I just couldn’t do it. And I wanted to give Ben props for getting one right (Lynch is his #5). Lynch is the epitome of the stuck-up artsy type who is smart and knows it. One the one hand, if you can’t recognize the surreal genius that is Eraserhead

, you’re missing out on a whole genre of abstract filmmaking. (Keep in mind that you don’t necessarily have to enjoy a film that is good for it to be good… a distinction that Ben seems to ignore.) But I feel that Lynch got too puffed up with himself and started throwing things at the screen, seeing if it sticks and calling it art. His last few films have been all but unwatchable. Mulholland Drive

was a TV pilot that he turned into a movie and it feels like it. I’ve been trying to wash the taste of it out of my mouth for years. 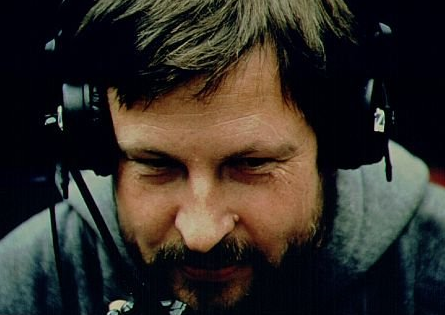 von Trier is one of the filmmakers who started the short-lived (thank God) Dogme 95 movement, the absurd anti-Hollywood concept that eschewed sound design, lighting, tripods, and genres. Which is kind of like writing a novel without nouns.  von Trier made Dancer in the Dark, which is a movie that was good in concept, but executed in an almost painful manner. Then came his “I hates me some America” trilogy in which we are informed that intolerance and racism, unknown to the non-America world, are rampant in a country that von Trier has never visited and apparently knows only from movies by other self-important directors. 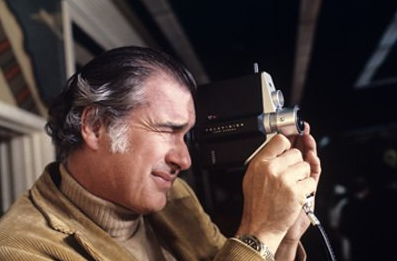 John Frankenheimer was the blind squirrel that found two nuts in his long career. He made the The Manchurian Candidate

. Ronin is simply a “fine” movie rather than a “good” movie. It’s the one with all the car chases… none of them as good as the one in Bourne Identity

. And The Manchurian Candidate survived despite Frankenheimer’s ham-fisted attempts to inject some “Political Stupid, X-tra Strength!” into the movie. Dear God, people! Not every movie has to be a metaphor for something political. Calm the hell down. 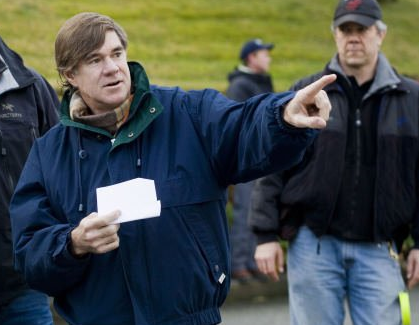 Every once in a while Gus Van Sant stumbles across a screenplay that even he can’t mess up. When he does that, the screenplay wins “Best Original Screenplay”. See Good Will Hunting (good, but overrated) and Milk (I defer to Ann Althouse, who crosses herself and says a short prayer of thanks to the movie gods whenever she thinks of that movie). Outside of that, he loves to play in the genre of “nothing is happening, but let’s just hold this shot for far too long and call it art because it’s slow”. This is his standard stuff when he’s not doing something that is just transparently stupid, like refilming Psycho shot by shot. Why? WHYYYYYY!?!? 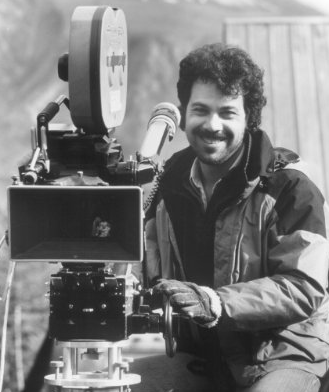 Edward Zwick has a knack for taking a great concept and tripping over himself until a movie comes out. All his movies look and feel like they should be good, but something just isn’t clicking. Oh yeah. It’s the director whispering “Give me an Oscar” in the background. Glory

, Legends of the Fall

… all could have been great movies in the hands of someone with a deft touch. Zwick isn’t that person. 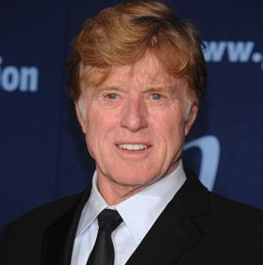 Now we’re getting into the meat of it. Robert Redford won Martin Scorsese’s Best Director Oscar in 1981 with Ordinary People

and I’ve never forgiven him for it (even though my age was still being counted in months at the time). His movies always feel like they want so hard to be deep, rich dramas, but end up feeling contrived. His pretentious Lions for Lambs

commits the great failure of the “strawman conservative politician” being totally pwned by “plucky journalist”. Yawn.

). I maintain that Redford didn’t know the cameras were running when he said to Paul Newman “You just keep thinkin’ Butch. That’s what you’re good at. 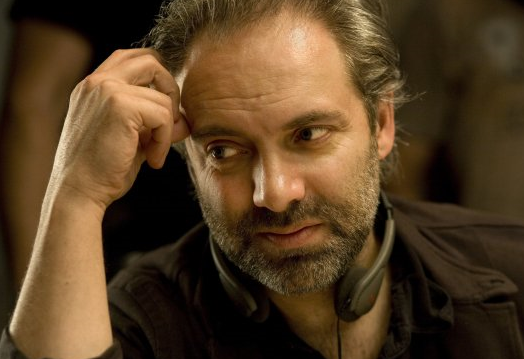 Sam Mendes is probably the most boring director out there. He seems obsessed with making movies about how terrible middle class American life is (see American Beauty

… I haven’t seen the last one, but it looked much like the same thing). But that ship sailed.. what? Forty years ago? A little late to the party, aren’t we? His main talent seems to be the ability to hire really fantastic cinematographers, but even his best looking movie, Road to Perdition

, took the elegant story from the graphic novel “The Road to Perdition”, yanked out the “The” from the title for reasons unknown, hired the brilliant Conrad Hall to shoot it in fantastic shadows and then stripped it of as much character and grace as they could get away with. Blech. 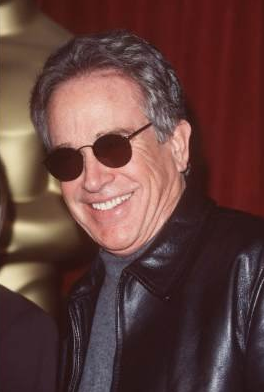 Here we have a man of such humility that each of the movies he directed were starring… himself. For the love. And then he gets nominated for an Oscar as either writer, director, or actor for every one that wasn’t Dick Tracy

. Speaking of Dick Tracy, someone apparently forgot to inform Beatty that “stoic” is not the same thing as “lifeless”. Beatty’s rendition of Dick Tracy managed to give such a new meaning to the phrase “cardboard acting” that he opened the door to actual pieces of cardboard accepting nominations from the Academy. He was a trailblazer that way. 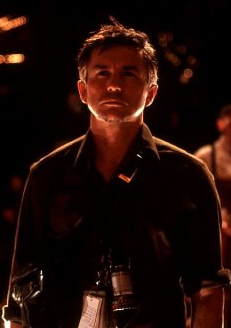 Strictly Ballroom, I will grant, was fun for its audacity. But Australia just wouldn’t end. And Moulin Rouge!

was entertaining. For about an hour. I kept waiting for the big finale to blow me away but apparently something got mixed up in the editing room and someone put the finale at the beginning of the movie. By the end of the movie, we’re supposed to be sad when the character who coughed at about the 10 minute mark fell victim to some strange illness that involves coughing up blood.

I swear… if I ever make a movie set before 1940, I’m going to have each and every one of the characters cough early in the movie and NONE of them will get tuberculosis.

was amazing, but… shut up.) At this point I’m just being mean, but Ron Howard’s history of mediocrity is well documented. See Ron Howard’s movie-making flowchart below, stolen from Cracked.com 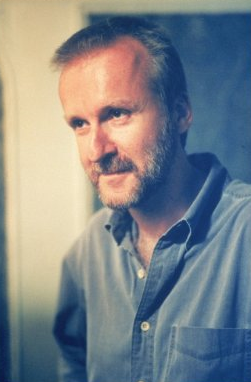 Jim Cameron is the quintessential example of a man who has had success go to his head. He used to be a fantastic action director, popping out such action classics as Terminator

. Although, come to think of it… all those movies starred Arnold Schwarzenegger. Could it be that Scharzenegger is the genius behind all Cameron’s movies? Scary thought.

Cameron is a technical genius, I’ll give him that. But so is David Fincher and that didn’t save The Curious Case Of Benjamin Button

Cameron’s concept of plot is “The boat sinks” (Titanic

) or, when he’s feeling original, “The humans are bad” (Avatar

). And yet he is poised to win yet another couple of Oscars this year for a movie in which, without the slightest hint of irony, the protagonist [SPOILER ALERT] destroys the evil technology loving humans with a pile of technology strapped to his chest. [SPOILERS DONE] As a visual effects director, Cameron is the best. As a filmmaker, the man is so overrated that it’s painful.

There. All done. Now, Ben, you can go back to whatever you do. Just leave my movies alone from now on. You’re giving conservative/libertarian Shapiros a bad name. All five of us.